Last summer we were filming pyro shots with our Red Epic to Finnish Defence Forces. It was a longer project that combat camera platoon was filming, but we were hired for two days to make the explosions look bigger & greater. 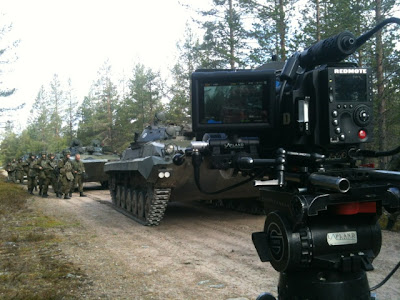 There was a big war rehearsal going on in Rovaniemi area and we used the soldiers as actors. Defence Forces had hired a well known pyrotechnician Mauri Tikkanen to set up explosions for us to film. The size of the pyro effects that we did was something new for me. It was really good that we were filming under strict discipline of Army. Placing an actor on wrong place etc. would have caused fatalities or serious injuries.

The reason I´m writing this story now is that Defence Forces just released the film that we were filming. It´s a new way of combat, how to defence the country with smaller amount of soldiers. Here´s the film: