Winter season, Over and out..


Last week we were in Riksgränsen Sweden, filming Snogear clothes and mountain sleds. Last three years we have been finishing the winter season there and every year we have had at least one day briliant weather and good snow.

All made for climbing up the mountains. 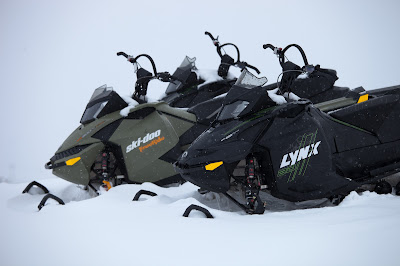 Start of the week was not promising. With or without snowing there was no contrast. For sure you couldn´t film a thing but sometimes you couldn´t even see with your bare eye.
1st of may when we went up in the mountains Pera just hit the snow wall. It seemed that there was nothing but it apeared to be a steep snow wall. Luckily it was soft one.


Wednesday we decided to concentrate to weather making. It seemed that the weather is not going to be drivable on thursday so we made the magic and suffered a bit in thusday morning but it was worth it. Friday morning the bluebird was singing and the sun was shining.


Friday we visited incredible places and shot some good footage. I was filming video with Juho Puikko, Teppo Vertomaa was filming stills and Pera Hussi was filming video with Go Pros. It felt unreal how "easy" it was to get to the locations with mountain sleds. You are in the bottom of the hill looking a nice mountain and couple minutes later you are on top of it sitting in a steep hill. By foot it would take a day to get close to that mountain and another day to climb it up.


Of course you need the skills to operate these mountain sleds. I think it was me who had the least experience driving those things, but thanks to similar photo shoots earlier I managed to get to the locations. I drove mostly Lynx Boondocker 3700 and if I had more free time in the winter that sled would be definitely my choice.


Saturday we had a fun day for the camera crew. We left all the cameras (except GoPros) at the hotel and went there just to have fun. And sure it was fun. Can´t imagine a better way to end Winter season.