Febuary when we were filming Lynx  in Saxnäs we had one quite long but productive day. We decided to film a sunrise timelapse with new Lynx GLS snowmobile. 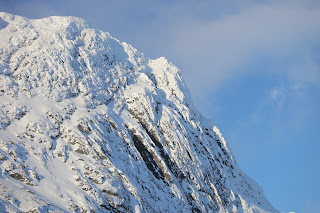 Spring was already coming and we had to woke up 5:30am to catch the sunrise. It took about an hour to pack the gear and get to the location. Location was apelsinklyftan, a bonfire place in a hill where you could see nice scenery 180deg to the valley. Valley was pointing southeast so perfect spot to film sunrise.
There was a mountainguide and 3 members of filmcrew up that early to build the shuttlepod before the sunrise. No one had a chance to eat anything because hotel breakfast started 7:00am. Just before 7 we had our shuttlepod & camera rolling and the rest of the crew went for breakfast.
I stayed at the location to guard the camera. I have to say it was one of the best mornigs in this spring. Sitting there in outstanding scenery with loads of warm clothes and just chill and see the sun climbing behind the mountains.

The timelapse itself was quite ok. Not a masterpiece, but nice anyway. I had little problem with the strong wind that started blowing snow and it was visible in 1/5 of frames. Also it shaked the camera a little bit.

After sunrise timelapse we had full filming day with Red Epic. Sun was shining the whole day and we filmed Deep Snow Sport segment of the Lynx 2013 lineup. Nice big jumps in quite difficult places to reach. When the sun started to set we decided to stay up in the mountains and film also the sunset timelapse. 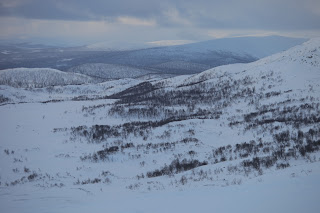 We did the sunset timelapse with three Lynx boondocker snowmobiles. Once again the wind was a problem shaking the camera and I also overexposed the shots. When the timelapse started the sun was behind the clound and after that cloud the whites were quite burn.

After the timelapse we had have already 13h filmingday if you count all the packing, unpacking and transitions. We unpacked everything and put the batteries on chargers. I was going to the dinner when the Hotel manager said that the sky looks like it´s going to have northern lights this night. I thought that maybe after dinner I take some northern lights pictures. I went outside just to check the situation and I realized that the sky was just about to burst in flames. 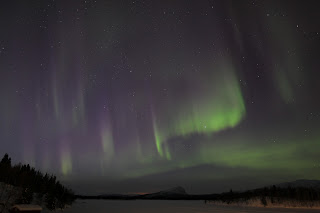 I quickly recruited the crew and we built the shuttlepod as fast as possible and placed the Lynx GLS in front of the camera. Programming of shuttlepod takes painfully long when you have the sky on fire. Luckily northernlights lasted almost five ours and we managed to capture pretty awesome northernlights timelapse and couple nice stills aswell. 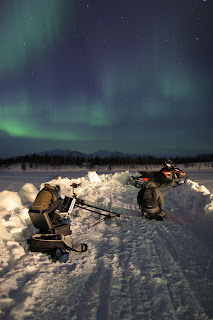 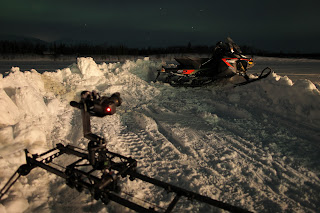 Here´s a little teaser from the northernlights scene:

Posted by Vesa Rönty at 4:12 PM No comments: