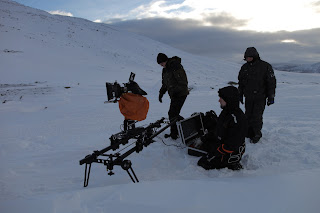 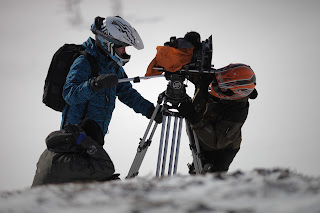 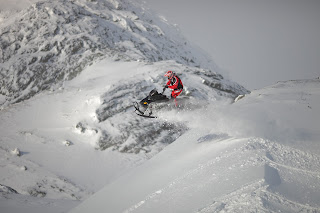 Fast cars on the ice

We´ve been quite busy during last couple weeks. That´s why there hasn´t been any new blog updates. Earlier in Feb we were filming something nice that can´t be published yet, but we´ll make a blog post about that later on this month when the time is right.

Last couple years we´ve been specialized filming motorsports. When you do something year after year, you learn the tricks how to make things look fast, dynamic & powerful. And when you do something well for one customer then most probably one another from the same genre will get interested. 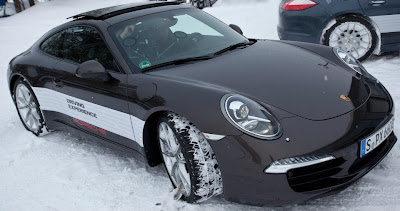 Last two weeks our theme was fast cars on ice. At start we filmed new Porsche 911 in Rovaniemi. Production was made with Red Epic & Canon 5dmkII. It included some rig shots and for those we used the Panther multimount. Multimount is something that I want to recommend to everybody rigging cars with lightweight cameras. It´s really fast to rig and it can hold easily 5DmkII or Epic. Even with a fluidhead. With 911 we rigged Red Epic inside the car, filming reactions of passengers when they were having a hot lap with a race driver. We also rigged 5dmkII outside the car when they were driving fast and drifting on ice. Multimount worked perfectly as it did last year. 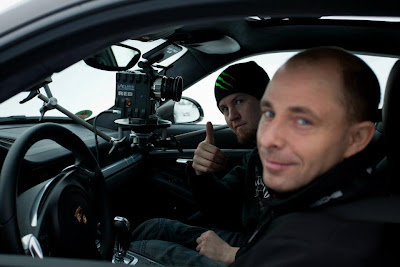 After 911 we went to Ivalo to film Porsche Sales Exelence Awards. It was a fast production that we edited at the same time as we filmed. Video included Porsche driving, Snowmobiles, Husky ride, Reindeer ride, Snowshoes, Ice Fishing, Sampo Icebreaker and the Snowcastle. Everything was filmed and edited in 4 days.

Yesterday I came from another shoot where we filmed super cars on Ice for Finish TV. There was one guy who had won a competition and had a chance to drive Subaru Impreza, Audi R4 & Lamborghini Gallardo on Ice. There was also one Porsche on the set.. It´s a nice job to film these luxury cars because it feels easy to make them look good. Good drivers and beautiful cars in a fairytale scenery.

Maybe someday we´ll have one of these cars in our garage.. You never know ;) 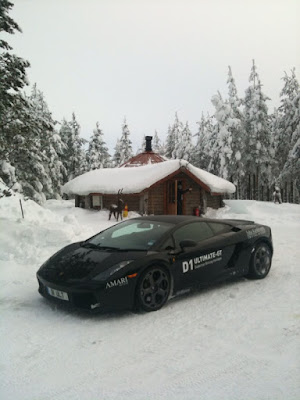